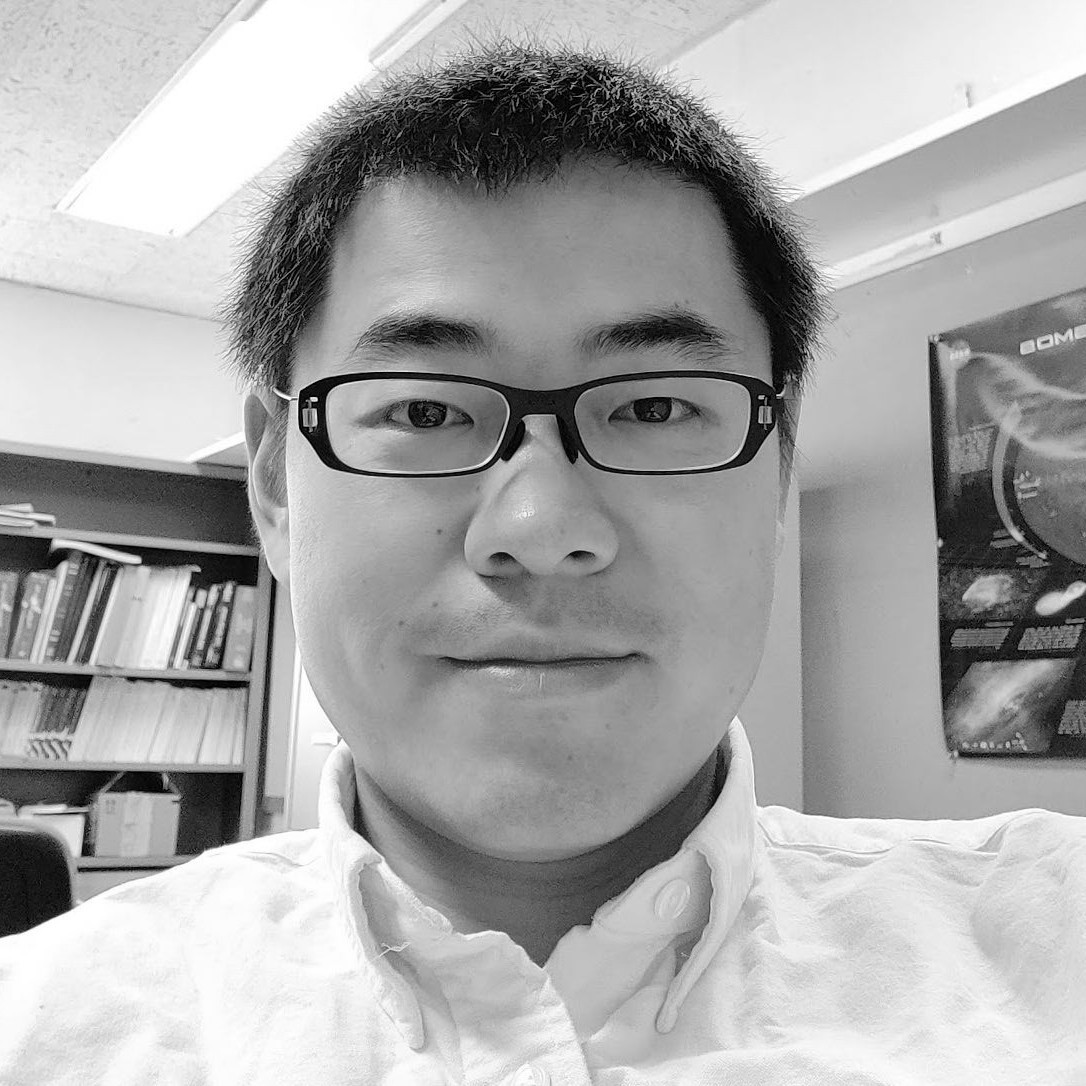 I am a member of the VERITAS and CTA Collaboration. We detect the Cherenkov light from very-high-energy gamma rays using the VERITAS telescope array (shown in the background image). The energies of these gamma rays (and cosmic ray particles) are so high that we can image the long, elliptical track they leave in the atmosphere. It is like watching shooting stars, except Cherenkov flashes last only for a few nanoseconds, and are seen by us 400 times every second.

We are also building a prototype next generation telescope, the prototype Schwarzschild-Couder telescope (pSCT), at the gamma-ray group at Barnard College / Columbia University. This is the first telescope in the world with both primary and secondary mirrors segmented. Its novel design is motivated by the need of the next-generation Cherenkov Telescope Array (CTA) observatory. The SCT design, if implemented in the CTA installation, has the potential to improve significantly both the x-ray angular resolution and the off-axis sensitivity of the observatory, reaching nearly the theoretical limit of the technique. I made significant contribution to the initial alignment of the pSCT optical system, as well as to the first detection of the Crab Nebula with the pSCT.

I use different machine learning algorithms (e.g. boosted decision trees and convolutional networks) for event classifications and regression in gamma-ray astronomical data with Python (Feng & Lin 2016). Recently, I started to work with Ari Brill, Bryan Kim, Daniel Nieto, and Brian Humensky on the development of a machine learning Python package, CTLearn, which can handle data from all telescope types in the CTA array, as well as the VERITAS telescope. We train ResNet, MobileNet, and CNN-RNN models to separate gamma-ray events from cosmic-ray events.