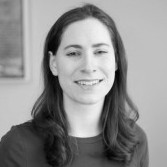 Shifra Mandel enjoys exploring high-energy astrophysics as well as galaxy evolution.  Her past work includes observational X-ray analysis of a broad variety of objects in our Galaxy - including the planet Jupiter and black hole and other X-ray transients in the Galactic Center - using data from NASA's NuSTAR observatory and other X-ray telescopes; an algorithm that automates the analysis of tidal debris substructures from minor galaxy mergers, which can be used to test models of galaxy formation/evolution and investigate the nature and distribution of dark matter in galaxy halos; and investigating the rate of novae - which can be progenitors of type Ia supernovae, the so-called "standard candles" for galaxy distance measurements - in the massive spiral galaxy M51 using Hubble Space Telescope observations and realistic nova light curve simulations.  Shifra earned her BA in Physics at Columbia University in 2018, and participated in Columbia's Bridge to the PhD Program in STEM from 2018-2020; she was awarded a National Science Foundation Graduate Research Fellowship in 2020 and started her PhD studies that same year.